What States Are Tiny Home Friendly?

Tiny homes have been a growing trend recently due to their efficiency and unique design.  In fact, there have been many television shows that talk about tiny homes such as “Tiny House Hunters” and “Tiny House Big Living.”

The hype circles around the idea that tiny homes are incredibly affordable to build.  However, it is quite a challenge to build especially when zoning laws come into play.  Ordinances are guidelines laid out by the government.  They limit homeowners’ desire to add an accessory dwelling.  Luckily, some states already allow creating a home even if they are built under 600 square-feet.

When planning to build a tiny home in the United States you should look at a city’s Building Codes. They provide the standards to be followed on how your home should be built.

These Building Codes require a minimum ceiling height, the number of windows, plumbing for bathrooms, and stairs or ladders that allow you to access loft areas.

The IBC concerns commercial construction while the IRC sets the standards for residential construction.  The local building department provides more information about both.

Another standard to look for are zoning ordinances.  Those that allow RV, ADUs and Mobile Homes also impose flexible ordinances that also cover the building of tiny homes.

Another indicator for a tiny home friendly state is the presence of tiny houses structured in the city. You can determine this fact by checking out the official website of states.  In fact, towns advertise that they accept tiny homes within their districts.

What Exactly Are Tiny Homes?

One kind of a tiny home is that which is built on a foundation.  They are referred to as Accessory Dwelling Units (ADUs).  They appear like flats and/or cottages.  Most regulations prohibit the purchase of land when you aim to build a tiny house.

This means that if you aim to build a tiny house, it must be situated within an existing residential dwelling.  You can ask your family and friends who already own lots for that purpose and use their backyard area for your tiny home. 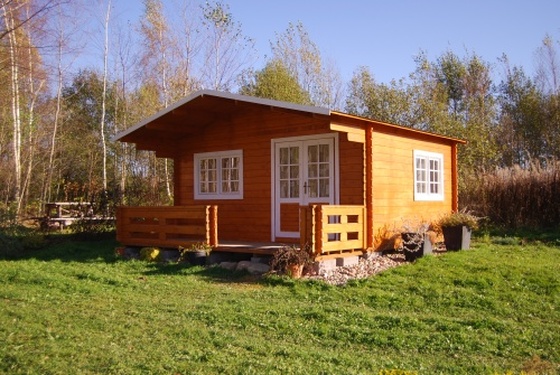 In order for you to own a tiny home legally, you must comply not only by state laws but also by county ordinances.  This is important since different jurisdictions provide for different limitations as well.  It would depend on the City Council’s approval of what they allow into their towns.

These Are The Top States That Are Tiny Homes Friendly 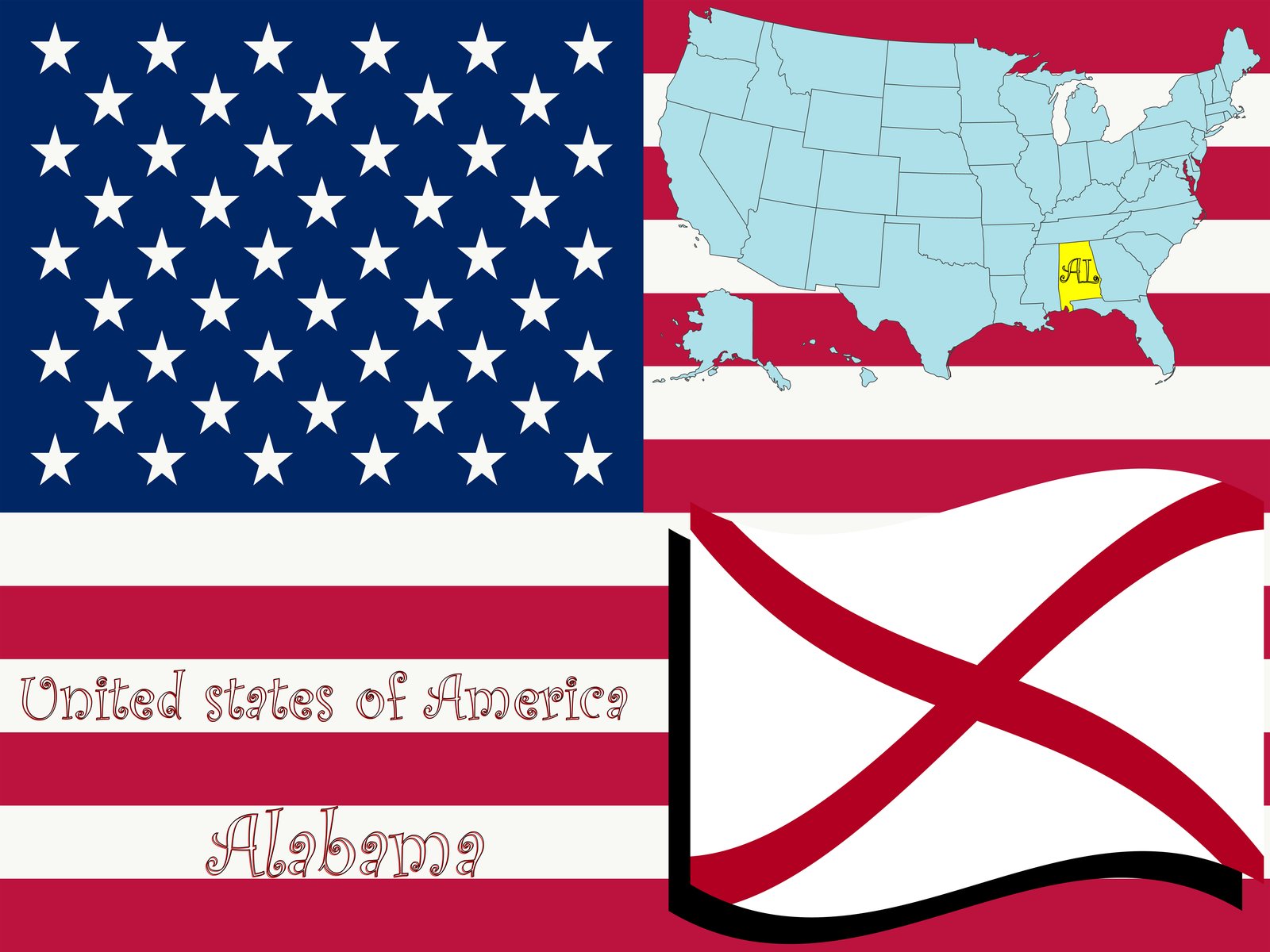 Jefferson County in Alabama permits ADUs into some of its districts.  Tiny homes are required to occupy at least 200 square feet to be legal in that area.

Although some districts already welcome tiny homes, some parts of the state are still in the process of accepting the idea.

Alaska is home to picturesque views and already welcomes tiny homes into some of their cities. The RVs are only allowed within R-5 zones while tiny houses must be built with foundations.

Alaska is more friendly towards tiny homes.  They only require you to furnish a town permit and comply with the building codes.  Afterwards, you are all set to build your tiny home. 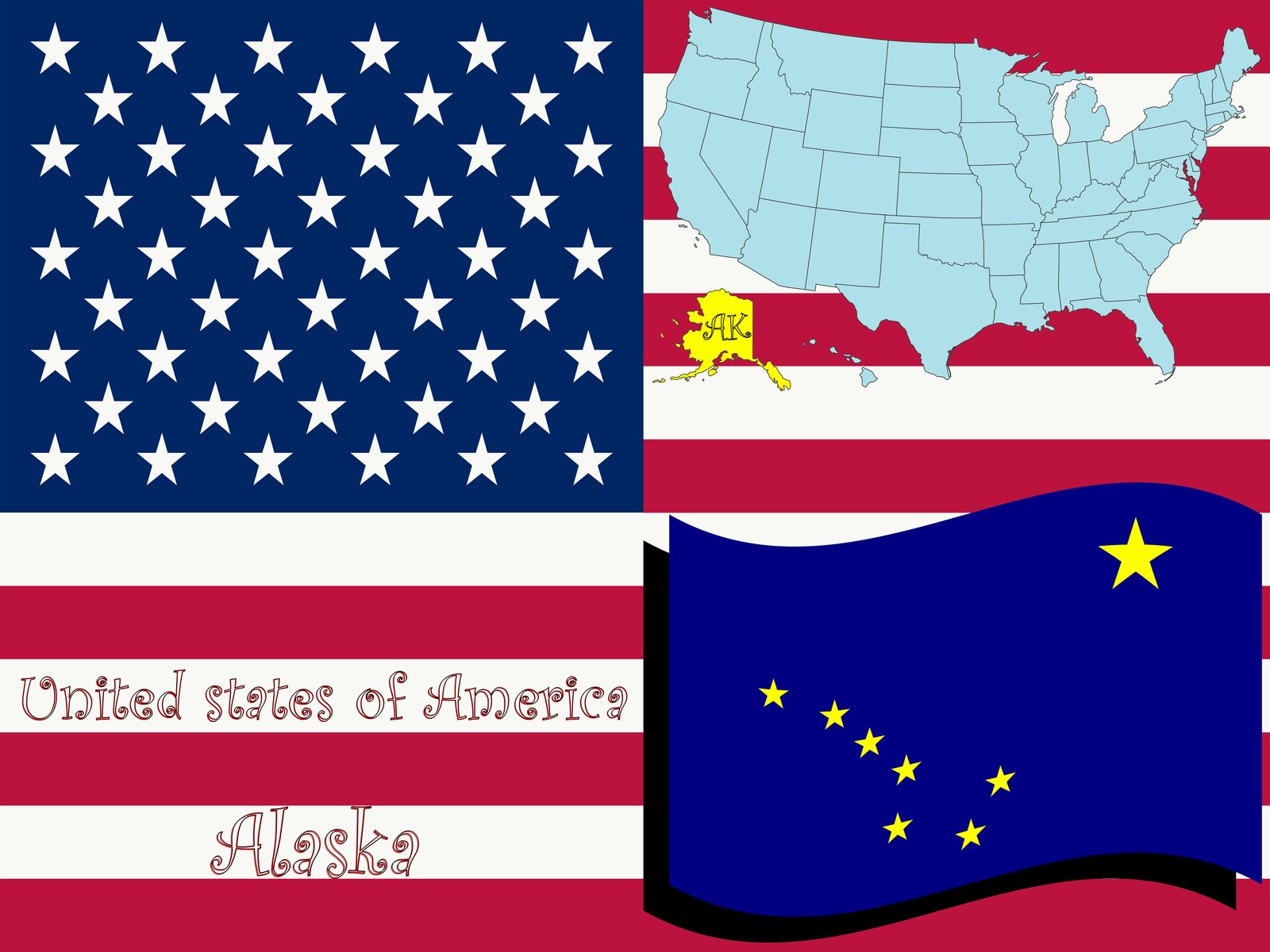 In fact, there are a number of tiny homes around Alaskan states.  Cities like Anchorage do not consider tiny homes as legal abodes.  However, the restriction is negotiable if you secure a conditional use permit.

Also, some areas may welcome tiny homes but there are no specific tiny home building codes established in Alaska yet. 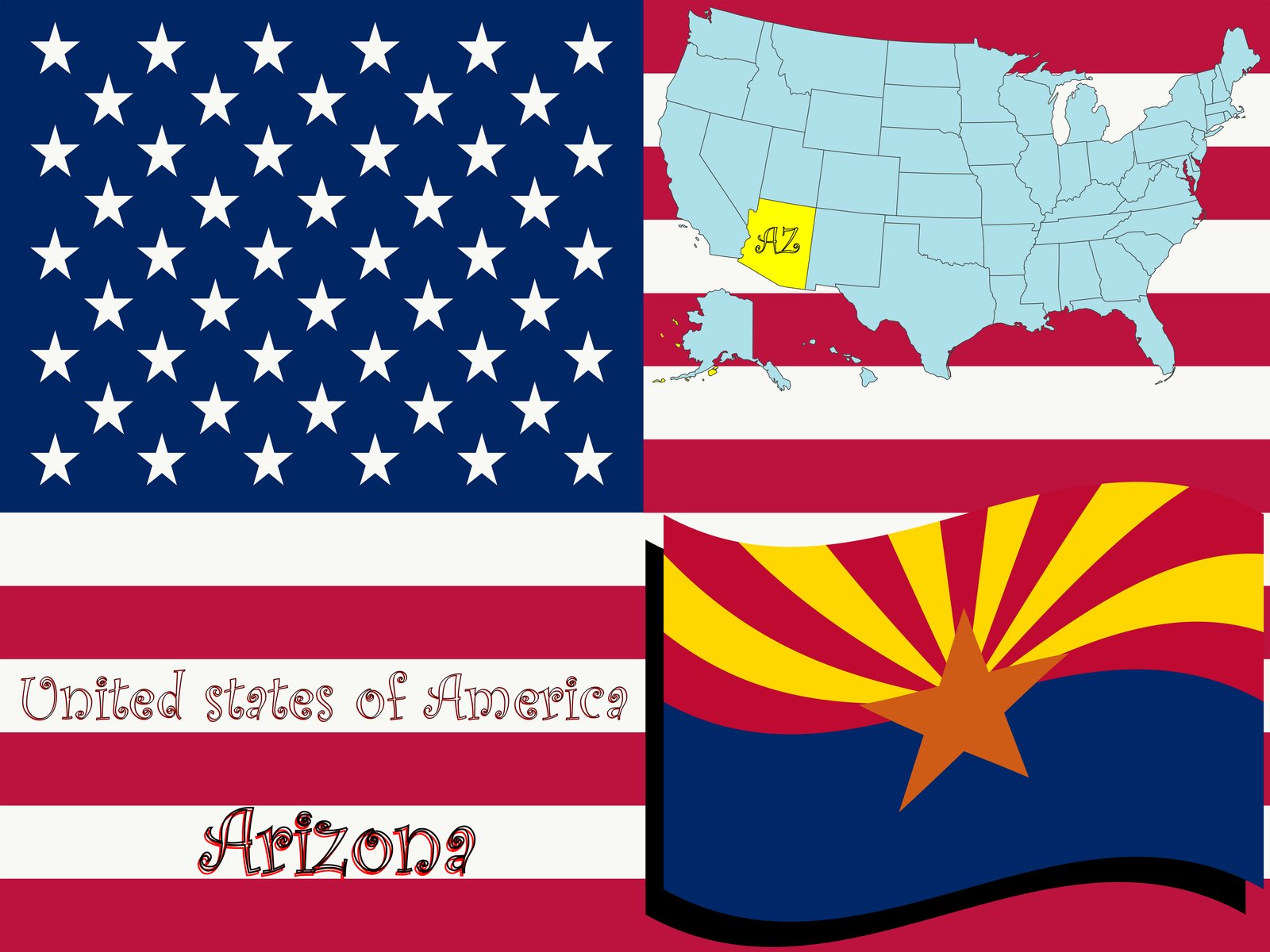 Arizona is more friendly towards tiny homes than Alaska.  Their regulations are more flexible, especially in Pima County.

In order for the tiny home to be considered a legal residence, it must be considered as detachable single-family dwellings.  If they are built on a chassis, it must be permanently attached to a foundation and are factory-built buildings.

These flexible ordinances are the towns’ way of allowing their residents to downsize their homes.  For example, in Coconino County, one area is currently considering the development of a tiny house community.  Some areas, however, lack the regulations for tiny houses at the moment although some are permitted via a case by case basis.

The state of Arkansas is more restrictive towards tiny homes.  They require the house to encase a minimum of 600 square feet for it to be considered as a legal abode.

Rogers, however, allows tiny homes to be built within an existing residential area but only if they are the structure from the ground up with a permanent foundation.  Bella Vista Lake Park also allows the development of these types of structures. 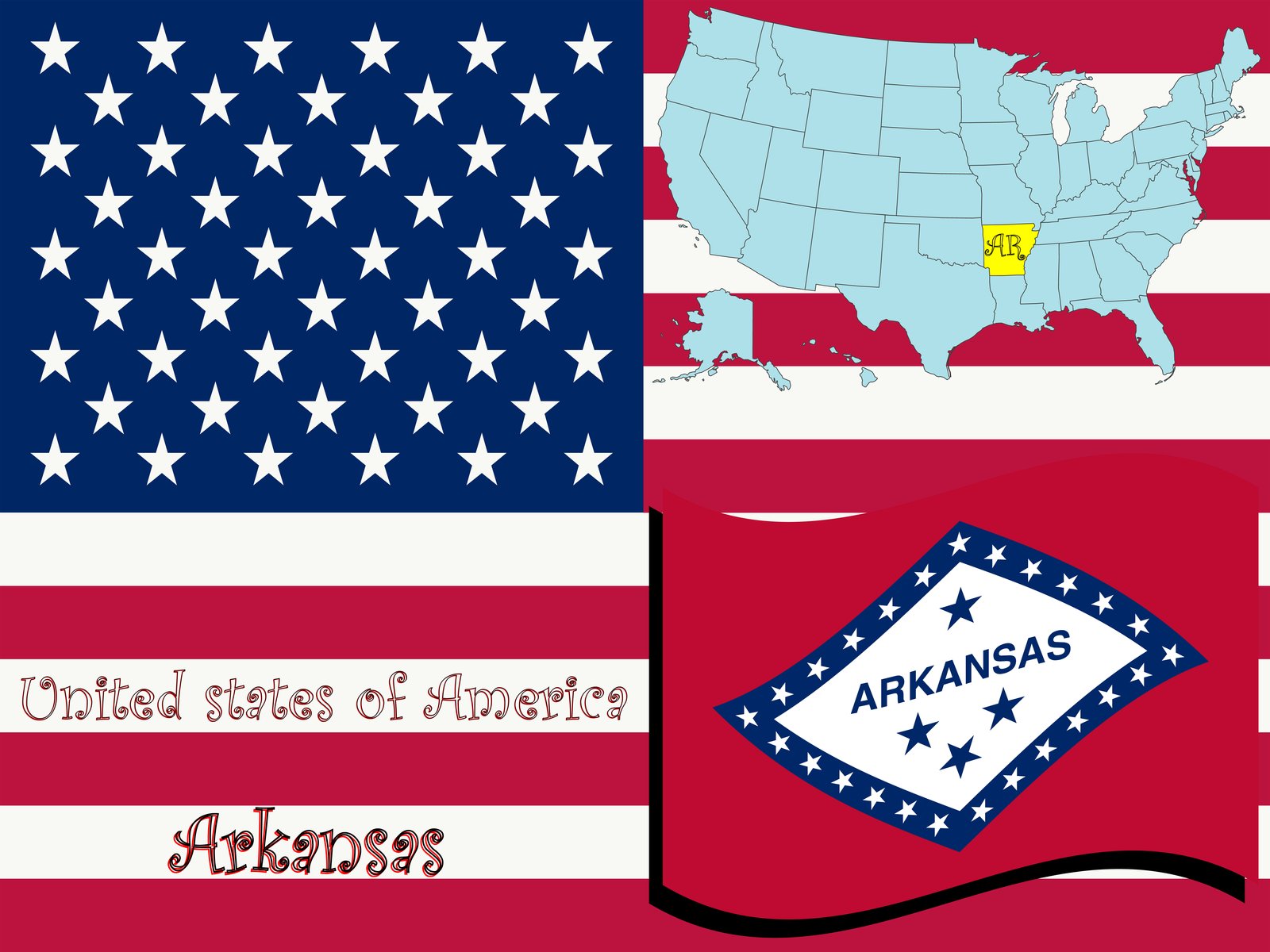 Unfortunately, sizing restrictions were also implemented in some parts of Arkansas, especially concerning the RVs.  They are only allowed to be situated in a mobile home park.  Some zoning laws, however, are being developed to be tiny home friendly.

California is packed with resources that support the tiny house trend.  Most of its builders even advertise fully livable and stationary homes.  The best area in California that has a number of tiny homes in Fresno.

Located in San Joaquin Valley, Fresno has progressive ordinances that allow you to make a home that occupies less than 600 square feet.  It approved the entry of RV homes as SDUs into residential neighborhoods.  San Francisco also allows SDUs as well but Title 25 does not. 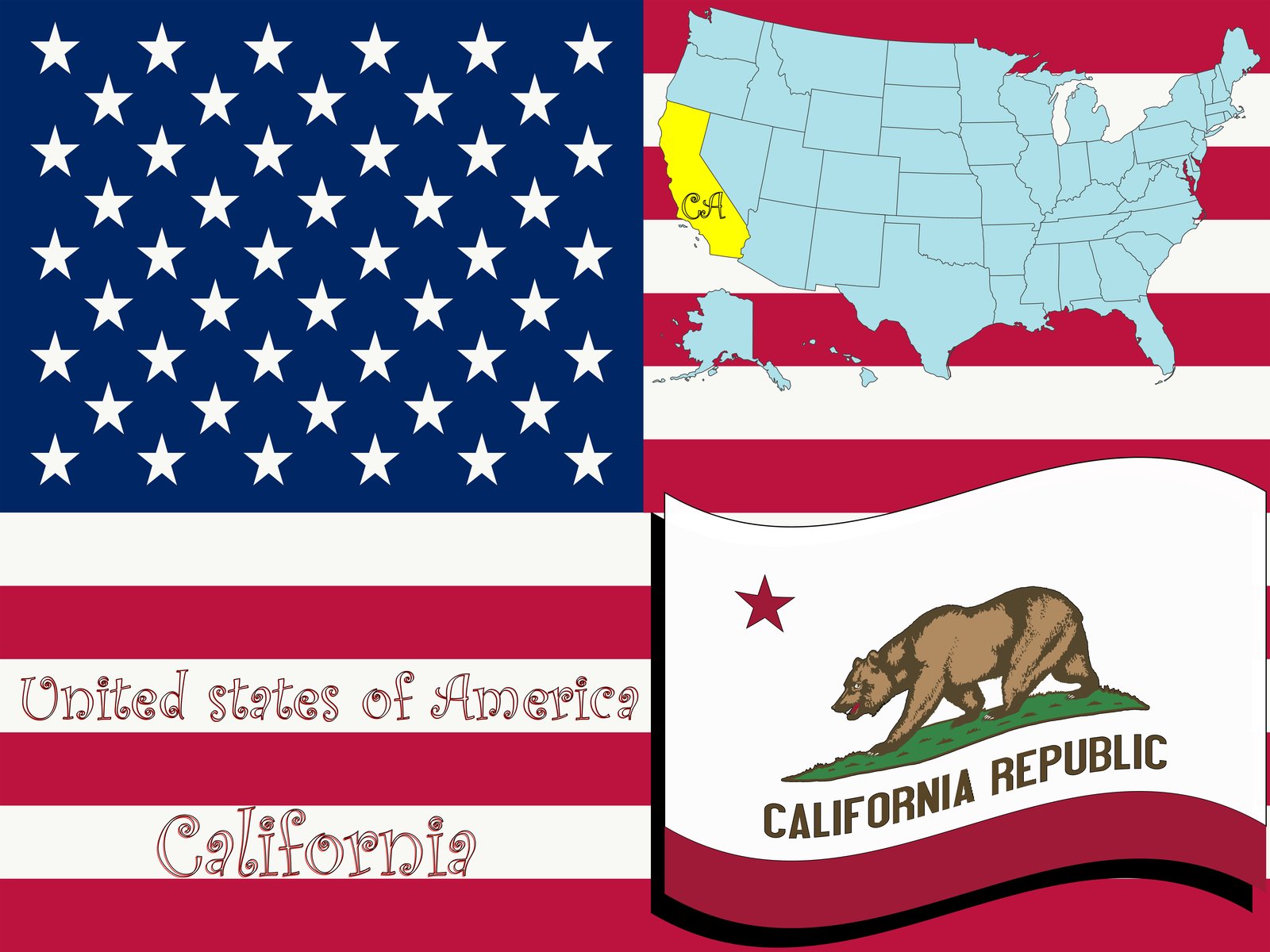 Recently, the Sonoma County wildfires opted the City Council to amend their ordinances so that people who lost their homes during the fire can live in RVs and tiny homes.

The allowance is only temporary though but does not require homeowners to secure permits.

In January 2016, the zoning and development code was altered to allow the building of backyard cottages including mobile ones such as RVs.  This allowed tiny homes to be built as separate living spaces in a single-family home’s backyard.

The ordinance change allowed tiny dwellers to do away with the standard requirements of building a home.  These tiny homeowners were even allowed to situate themselves in traditional neighborhoods.

Despite the allowance, tiny homeowners are still required to occupy a minimum of 100 square feet on the tiny home’s interior living space.  They are also required to have sleeping, working, and cooking areas to pass the test.

California also supports nomad living even if it is still not a legally recognized abode in the state.  They still allow camper vans in select areas despite the restriction and definitely supports tiny house living.

The homes in Durango are incredibly affordable due to the small supply of housing projects.  Its City Council then amended its Land Use and Development Code back in 2014 that paved the entry of tiny homes into their districts. 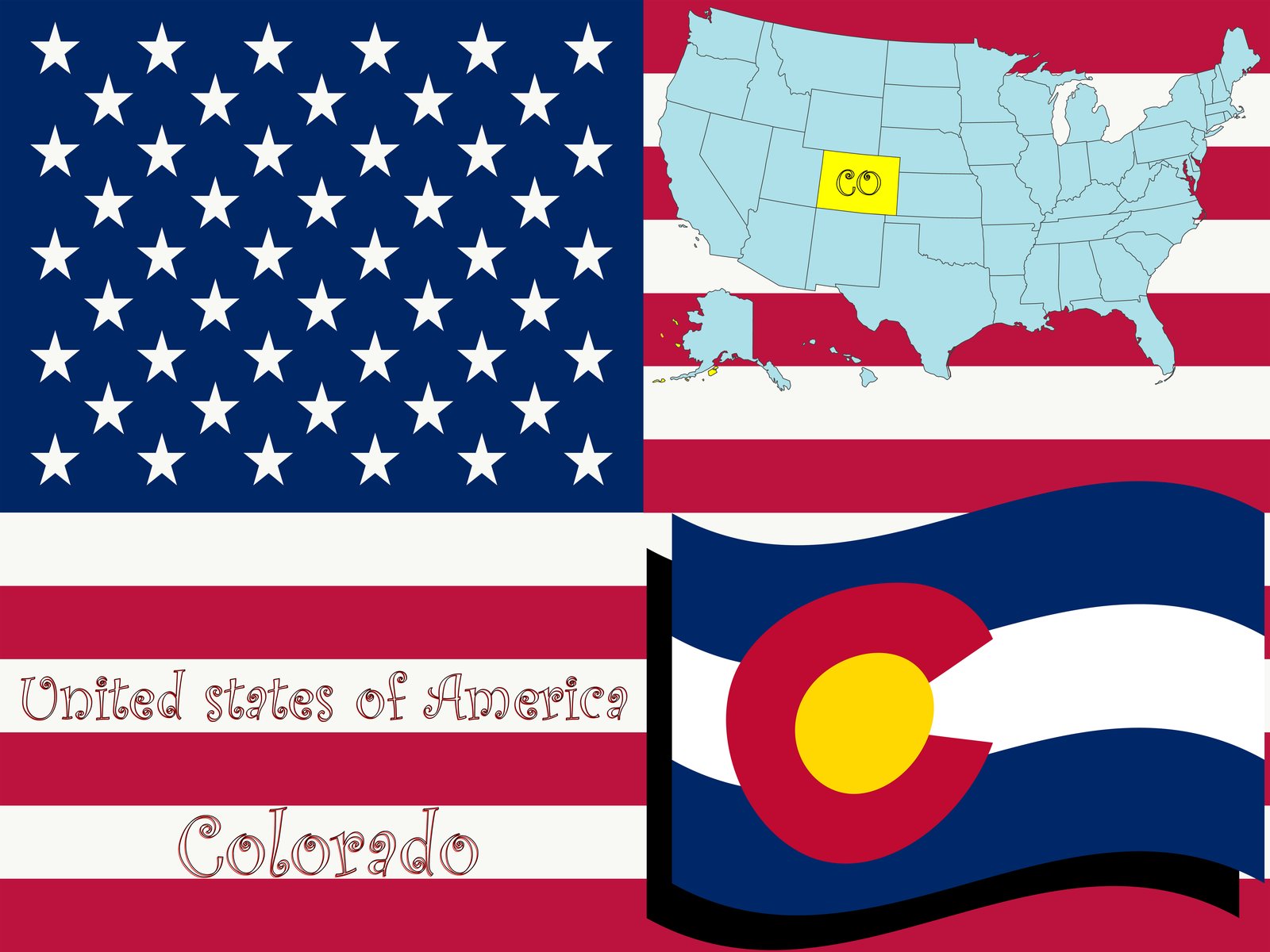 They now welcome accessory dwelling units (ADUs) as long as the tiny homes stand on a permanent foundation.  At first, they only allowed this into some of its districts but the allowance covers six city zones at present.

In fact, some RVs are allowed to park their homes in manufactured home parks.  Escalante Village, in particular, started welcoming RV homes this spring.

Another tiny home friendly state is Rockledge, Florida.  Located west of Cocoa Beach, the residents of Rockledge were dying to downsize their homes after their women discovered the benefits of having a tiny home online.

Rene Hardee of TinyHouseBlog got interested with the ads and thought that it would be a better idea to introduce tiny homes into Rockledge. 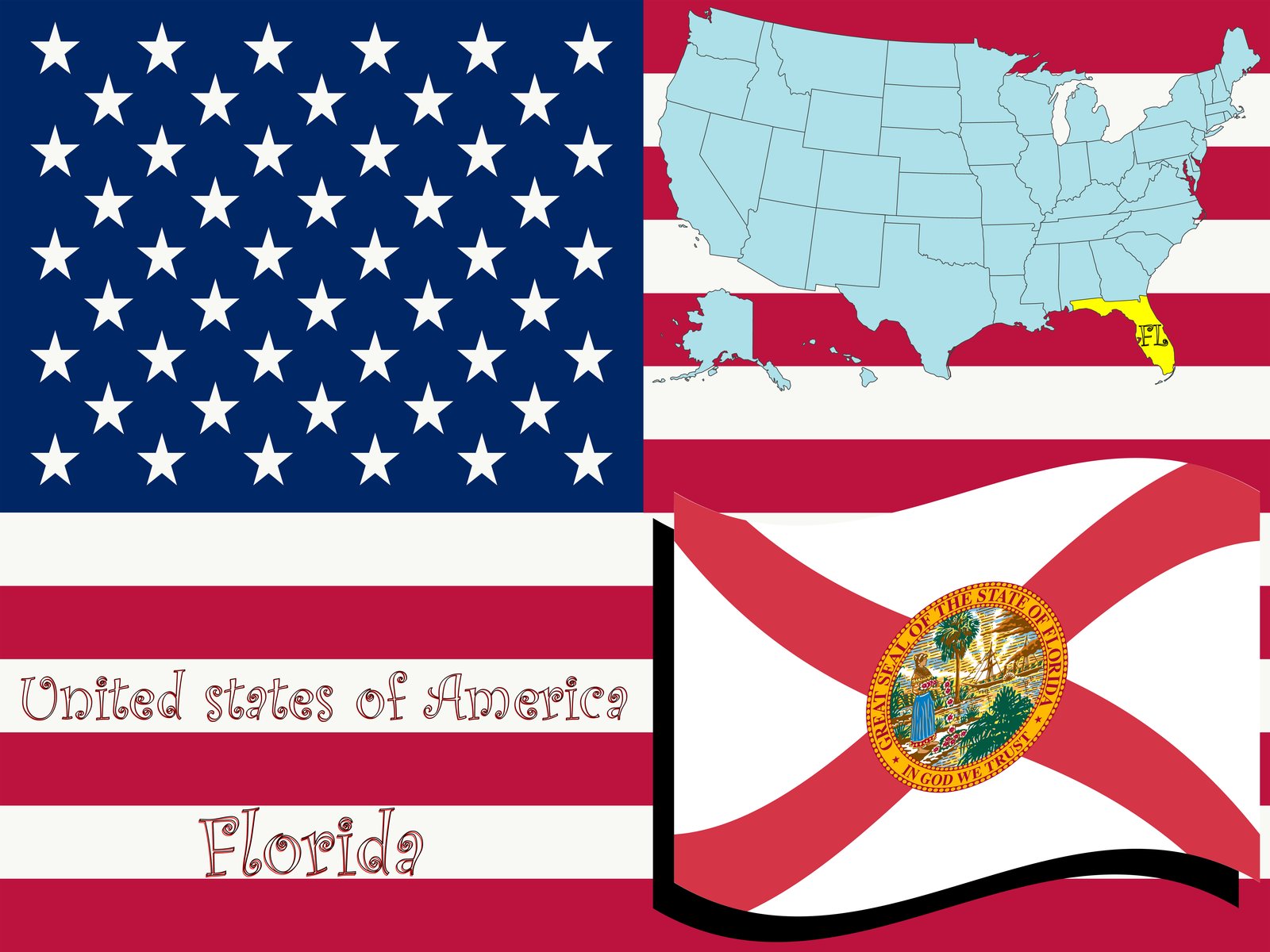 According to her, living in a small space improves the quality of life of a family.  Thus, she attended meetings with city planners and researched how tiny homes could benefit her town.

Due to her input and many other officials of their town, the City Council adopted the tiny housing zoning ordinances that were instituted in the United States in 2015.

The city only requires tiny homes to occupy at least 170 square feet and a minimum width of 8.5 feet. Those who opt for the RV types are only required to register the same with the local DMV and must be towable by a bumper hitch.

The hip and edgy town called Asheville, North Carolina is also tiny home friendly.  They have adapted to tiny homes which are natural for the town since they are into the modern type of living.

The City Council first amended its Accessory Dwelling Unit Rules last 2015 and is now considered as one of the states that are friendly to tiny houses. 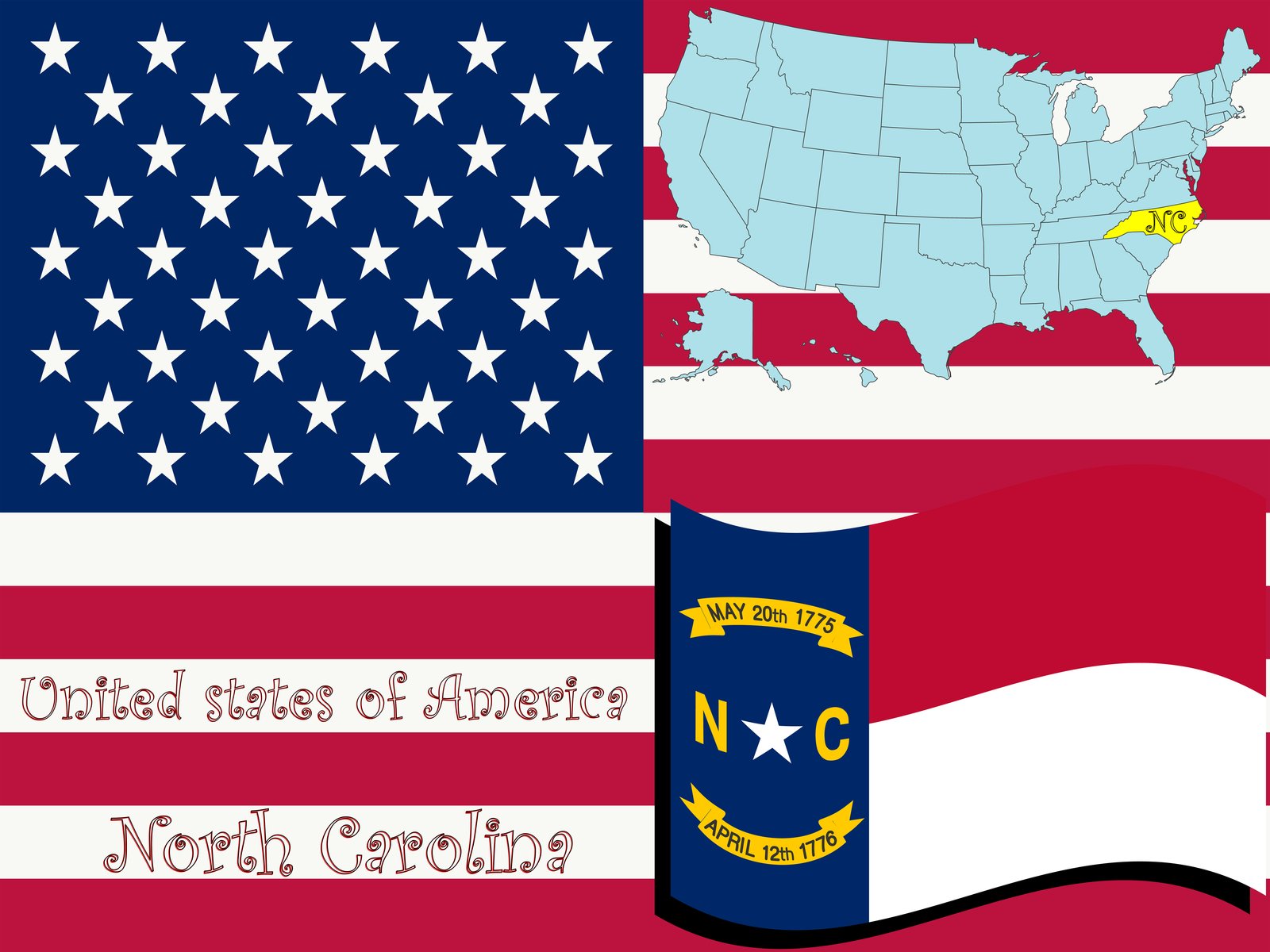 At present, RVs are not permitted as homes in North Carolina.  However, Asheville town welcomes tiny homes provided that they occupy a permanent foundation.

The town has also been adaptive to renting tiny houses.  They may build one in a family member’s backyard provided that the foundations comply with the city’s permanent foundation requirements. 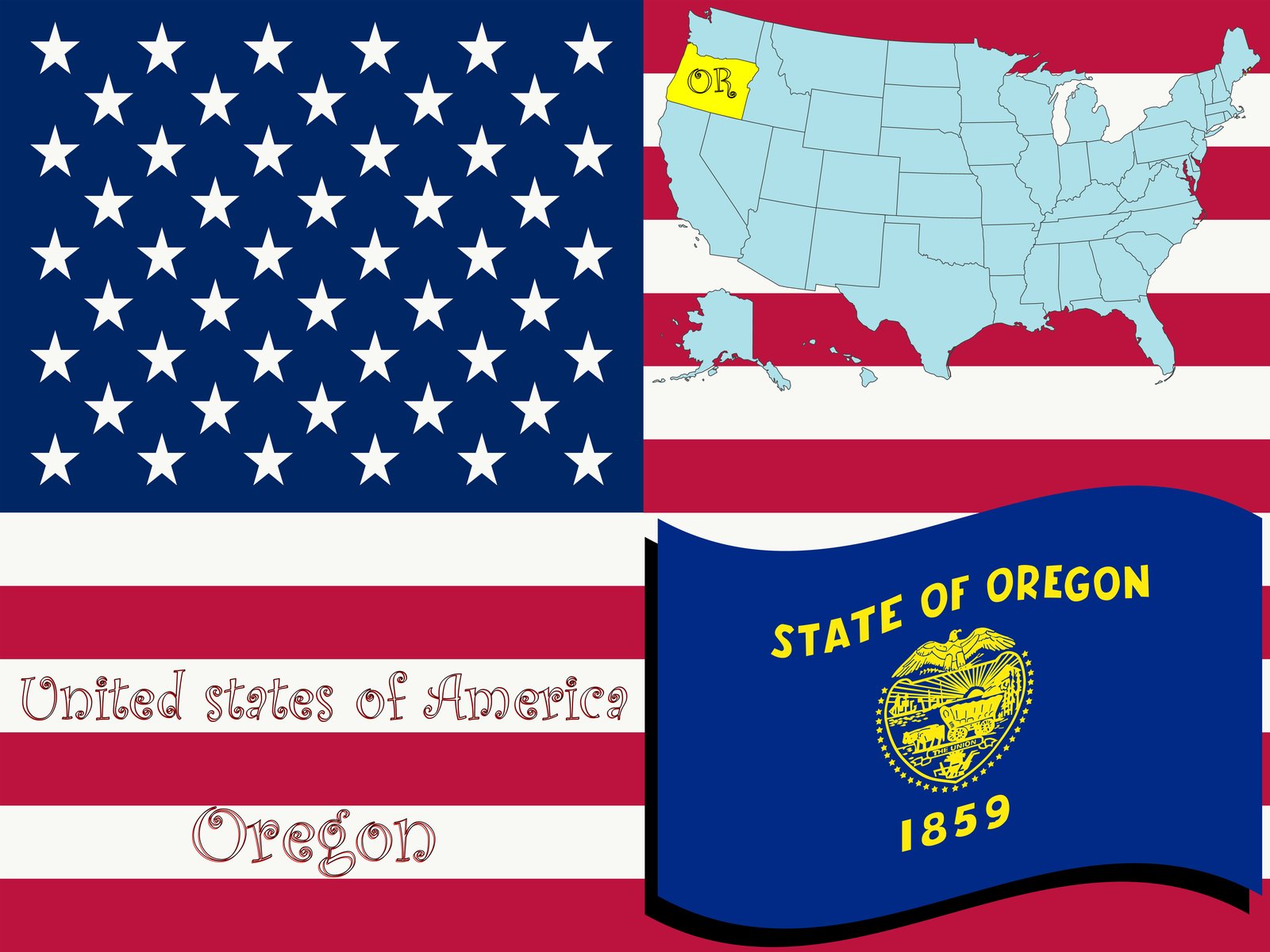 Oregon also welcomes tiny houses on wheels called DMVs.  Their Recreational Vehicle Industry Association (RVIA) is the one who checks the compliance of homeowners with the requirements and supplies the permits.

In Portland, residential dwellings are only allowed one tiny home within its area.  Although there aren’t many tiny homes in Oregon, they continue to be extremely popular due to the renowned Tiny House Hotel.

Pennsylvania is also flexible towards tiny homes as its towns do not require a minimum house size.  The only requirement for a tiny house to be legal in the state is its compliance with the IRC.

It must have at least one room and occupies at least 120 square feet of area. The room must also be at a minimum of 70 square feet except for kitchens and the rooms may be lower than seven feet. 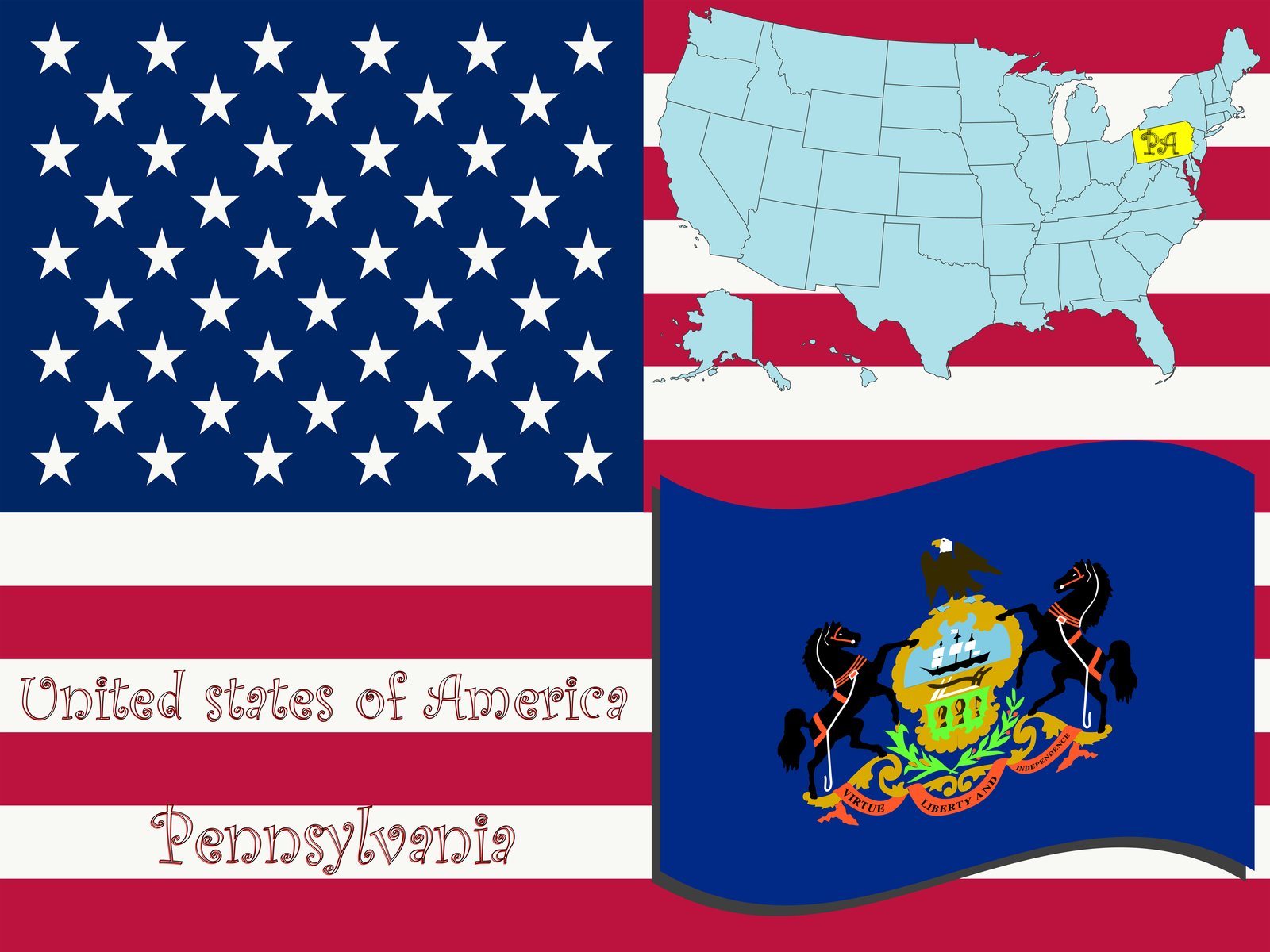 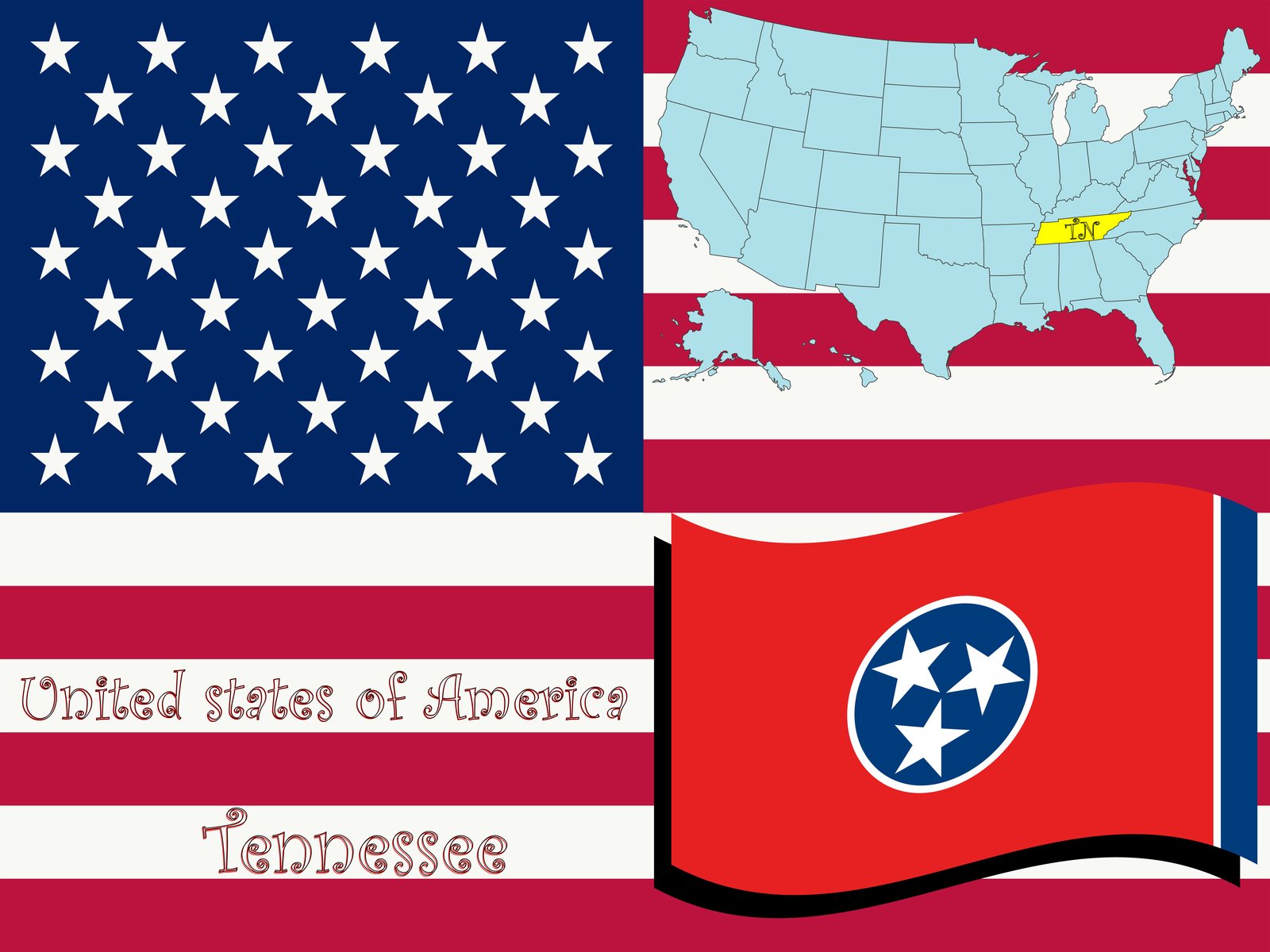 Etowah, Tennessee recently amended its city ordinance and restricts the building of tiny houses. There is also a minimum requirement of 800 square feet of area if one is to construct a tiny home within residential 1 zone while 600 is required in residential 2 and 3 zones.

There is a lower 100-300 square feet requirement in Dandridge but these tiny houses must be built with a permanent foundation.

Knoxville, on the other hand, also follows the IRC requirements.  One person must occupy at least 120 square feet while two-resident tiny homes are required to occupy a total of 320 square feet. Only a maximum of three residents is allowed for tiny homes as well.

Finally, Warren County has the least requirement which amounts to only 138 square feet as its minimum.

The state that is the most tiny house friendly is Texas.  In Breckenridge, they only require homeowners to occupy tiny houses with a minimum of 320 square feet built on permanent foundations.

In Fort Worth, ADUs are also permitted but the tiny houses must occupy at most 400 square feet.  One need only to secure an ADU permit in person at the Town Hall. 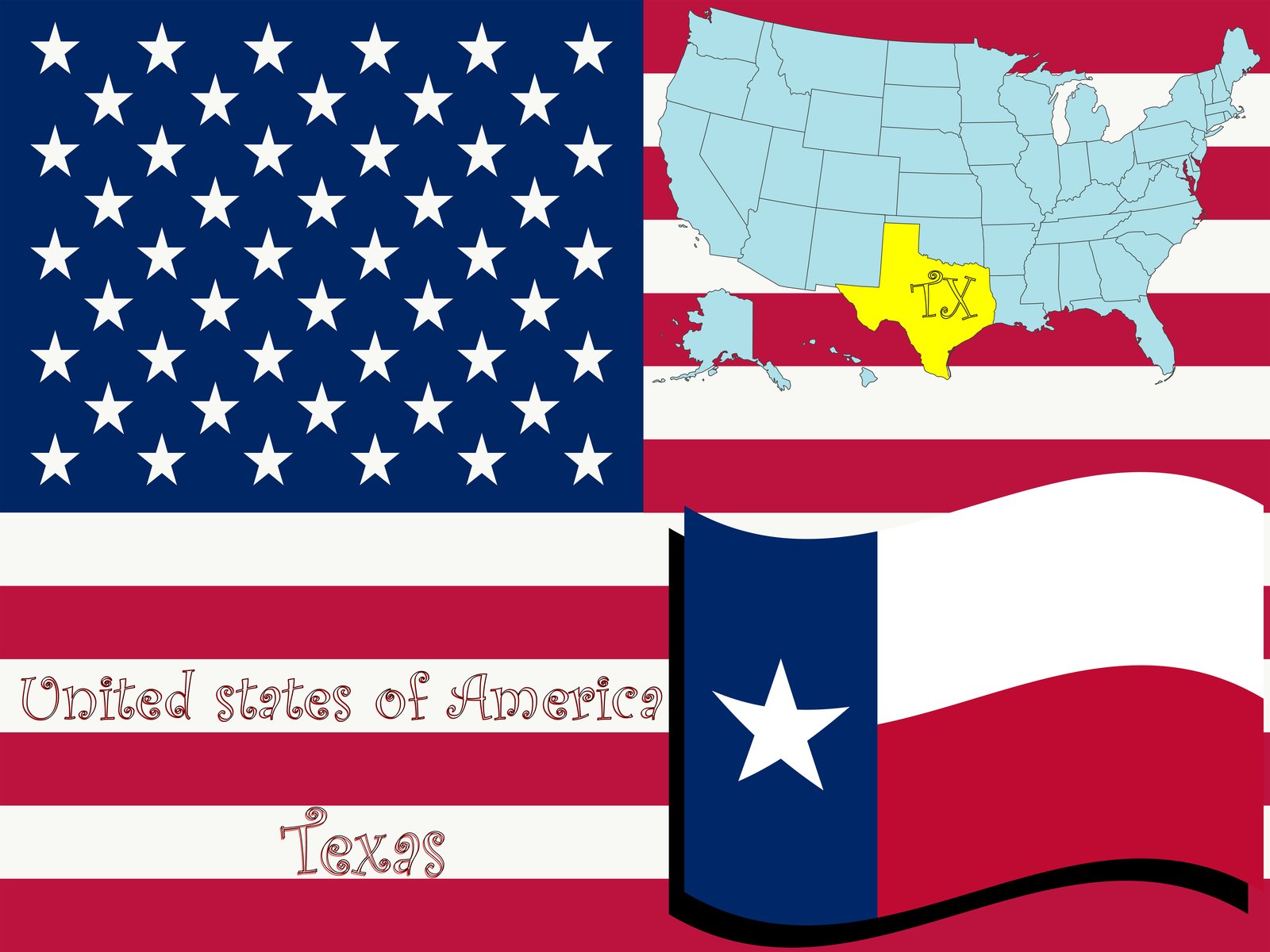 Austin, Texas is the friendliest tiny house county in Texas.  They are flexible on the sizing of these structures so long as they are built on permanent foundations.  Tiny homes with wheels are recognized as RVs and treated separately from their similar counterparts.

The same holds true in Spur.  There is also no minimum square footage requirement.  Those who build tiny homes with wheels, however, are required to tie down their abode unless such wheels are removed.

These are the top states in the United States that are tiny houses friendly.  In this day and age, efficiency is key and the lesser restrictions of several states in the country allow homeowners to make the most out of a small land area.  Truly, tiny houses are the future!

About the Author Gail K.

Gail is an avid outdoor enthusiast who currently lives in her own Tiny Home travelling across the U.S. She stays month to month in random states, parking her Tiny Home on campground friendly locations and picks up Wi-Fi to contribute to our blog weekly!

Looking For Something Cheaper?

Check Out Our DIY She-Sheds And Small Cabins With  Prices Starting As Low As $4,995

Please log in again. The login page will open in a new tab. After logging in you can close it and return to this page.